I had just left ‘Michelle Pfeiffer’s’ house and now I found myself at an outdoor competition event.

Groups and Teams were being decided.

It seemed an Ender’s game type game.  I walked by a guy who reminded me of Ken, a former youth pastor of mine.  He asked me, “Do you want to sign up for golf?”  I replied, “Frisbee golf?” He said, “No, regular pro golf.” I could tell he was wondering if I knew how to ‘play’ golf at all due to my hesitation, so I filled in the blanks for him, “I do know how to play . . . But, I don’t want to.  So, No, don’t sign me up.”  I continued to head toward the main indoor event.

As I walked towards the main event, I saw Gorik in his more Walt Disney disguise.   He seemed a little ego arrogant like he was better than me because he was ‘famous’ and I was just some po-dunk nobody and why should someone as famous as him want or need to talk with someone so unknown as me.   He actually did want to talk with me, but he didn’t want it to look obvious that he did.  He approached me now and we walked together toward the main event.  He began to tell me how we view things differently, even ‘challenges.’  I asked him what he meant by ‘challenges’ and if he could define it.  He seemed a little annoyed I even asked.  I explained, “You just made it clear we view A LOT of things differently and because my view is likely very different, I need you to define the word.”  Gorik replied, “You have ‘wants.’  I have ‘needs.’”  I then asked him, “What do you mean by ‘wants’ and ‘needs?’  And what do you mean by ‘me’ having ‘wants’ and you having ‘needs?’  What kinds of needs?  Can you define them?”  Gorik was very annoyed with me now.  He considered me stupid for even needing to ask about something so simple.

We then arrived at the main indoor event location.  Gorik wanted me with him, but he was awkward and embarrassed being seen with me in front of his co-workers and the crowd.  But, he continued to talk with me. I followed him over to the main event speaker table.   He sat down to my left and got busy with paper work.  There were around eight other ‘famous’ type speakers at the table as well, also preparing. I remained standing and started to ask Gorik if he wanted to meet up later to talk. Then his security officer, an MIB style guy, came over and started talking with him and leaned across the table directly in front of me to whisper-speak to Gorik.  I felt rather awkward standing there and thought I overheard them speaking about me and the event, but I wasn’t sure.  They finally had a lull in their conversation so I tried to interject quickly, “So, are we just gonna meet up later to talk some more, or no?” As I was asking my question, the MIB guy turned into a sort of Tasmanian Devil whirlwind and literally whisked Gorik away in the whirlwind, so my question was instead heard by two salt and pepper haired older men in their 60’s, one with thick bushy eyebrows . . .  and . . . they were french kissing . . . I was like, ‘uh….ok….this is awkward….’and I walked off to the main event area. The other guest speakers had left the same time Gorik had.

I made my way to the balcony section, where I could overlook the event from above. It was a competition of teams and there were around eight to ten people on the stage at a time seated in chairs with headgear pieces on.  It seemed like it was a role-play ‘space attack’ type game, for multiple players.  Something maybe more like a blend of Star Wars and Ender’s Game.   There were two teams with four to five players a team. 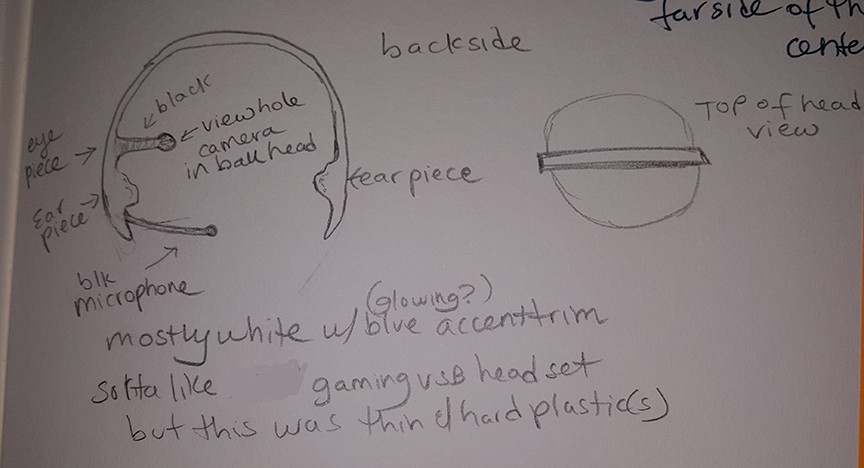 I was now being given a headset piece by a rules person/event coordinator, to communicate with player #4 or #5 up front on stage.  I think it was #4.  I accepted the headset piece.  It reminded me of headphones only the ear area was hard plastic that jutted out sorta like ears themselves to put in my ears.  The headpiece was shiny white with some modernesk blue accents and an eye piece attached for viewing with the left eye.  I began to test the microphone to ensure it worked like the ‘rules’ person stated who’d handed it to me and as I tested it I said “Number one” then “two, three, four, five…” each time I said a number it switched from one person to the next on the stage.  On the large overview flat screen I saw a green radar type thing that moved over a pie shape wedge each time I stated a new number. To speak with an individual player, I had to focus on them and say their number to be on their channel. The game helper was looking at me, I stated “I had to test it out first to make sure it was working right.” The game helper agreed that I would definitely want to have fully functional equipment.   For fun and amusement, I then put the headset on like a headband across my forehead as though a crown. 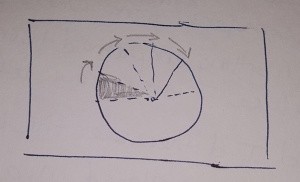 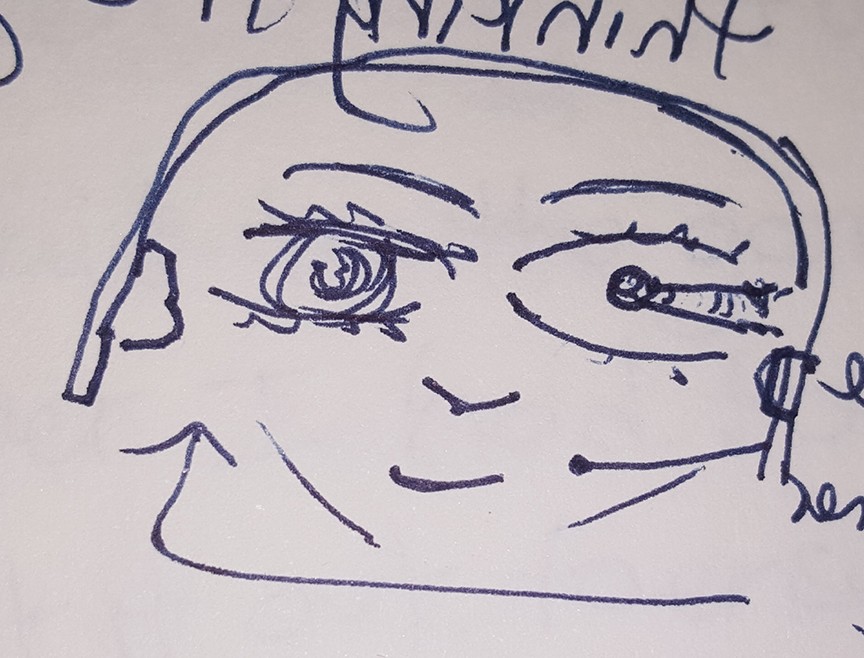 Next, I went back downstairs and onto the stage and faced the crowds.  I didn’t know what I was supposed to do exactly but I knew I’d figure it out as we went along.  I then put the headpiece on backwards with the eyepiece behind my head and on the right. I was thinking the eye piece was for my right eye.   Then someone (a girl?) from where I’d been sitting in the balcony empathed to me to turn it around and place it over my left eye.  I expected once I got it on correctly I’d see ‘the world’ the game was being played in along with likely holographic scrolling words and/or data.  I turned the headset around so it was properly over my left eye and the ear pieces seated inside my ears. 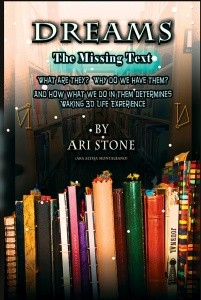